From Overstock.com to DemandJump: where did it all begin? 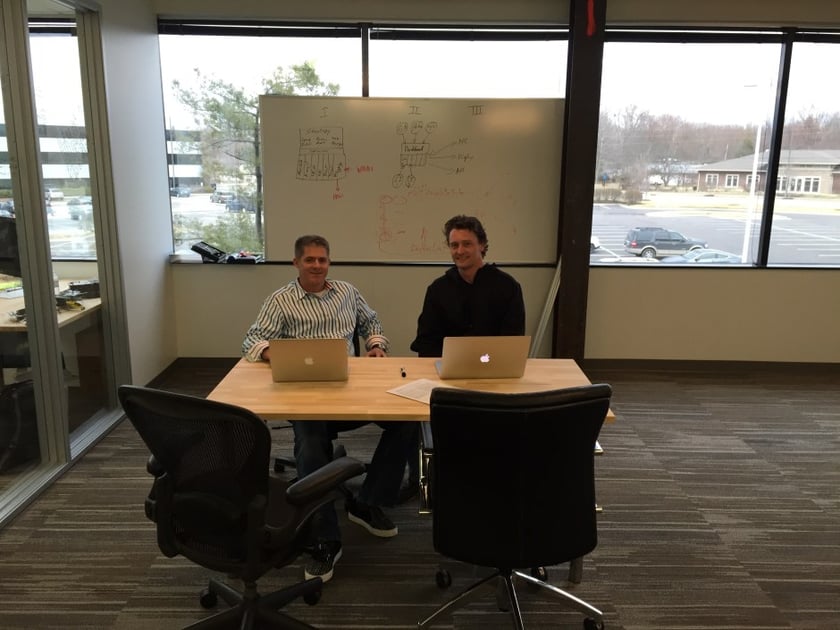 Shawn Schwegman helped propel Overstock.com from $3M to $800M in revenue. Now, he's productized the same marketing strategies and multiplied their effectiveness with DemandJump's platform. Hear his story in the video below!

Hi, this is Shawn Schwegman.

I’m the co-founder and Chief Strategy Officer here at DemandJump.

We get asked a lot about why we started DemandJump, so here goes.

I actually had the idea for the company when I was at Overstock between 2000 and 2005.

During that time, Overstock grew from about $3 million to $800 million in revenue.

It was a wild ride. But it wasn’t all fun and games, especially at first.

While I came to Overstock to be  CTO, our CEO Patrick Byrne, asked me to take over marketing...

I’d never done marketing before and I didn’t really know what I was doing.

I also wasn’t happy with the way it was being done currently at Overstock.com.

Patrick said that’s exactly why he wanted me to take it over.

The first thing I did was completely restructure the team.

We pulled some of our most analytical, data-driven minds from finance  and data-warehousing, and we hired a Stanford MBA who had an economics degree and was a trader at Goldman Sachs for a year.

We rebuilt marketing from the ground up with a very numbers-focused group.

It was what I’d call “moneyball for marketing” back in 2001.

We pulled together every bit of data we could, not only on Smartbargains, but also on Overstock.

This was a lot of competitive intelligence and market data that we pulled into Excel (at the time). We crashed Excel probably a thousand times in the process.

But by the end of our analysis, what we had discovered was a game changer.

By laying multiple sources together we realized that previously, we only had access to our own analytics and how we were performing relative to ourselves.

This new type of data analysis showed us our gaps.

It showed us new traffic sources and keywords that Smartbargains was getting traffic from, but we were not.

It gave us an outside barometer with which to judge our own performance relative not only to ourselves, but to the market as a whole, meaning it showed us where we were underperforming. We thought we were doing pretty well in certain areas, but when we saw how well our competition was doing we realized we were grossly underperforming.

Armed with that data, we essentially had a roadmap for marketing of how to take Smartbargains out. It allowed us to outmaneuver them. We stepped on their air hose and captured our target audience before they did.

Two years later, Smartbargains went out of business, and Overstock catapulted to over 800M in revenue.

We founded DemandJump to productize this strategy.

We’ve built the platform on the same basic concepts, but now with technology advances over the last decade, we finally have the computational power, the cutting edge mathematics and algorithms, and the know how to automate and improve the entire process.

No more excel. No more number crunching. DemandJump has taken a quantum leap forward, making what I did back at Overstock look like Crayola in comparison.

Now we have buttery smooth software arming you with all the data you don’t have but need to win market share and take out your competitors day after day after day.

This is the future of customer acquisition.

Sound interesting? You should get in touch with us.